Best Android launchers make Android more special. Android is undoubtedly  the top of the chain mobile OS. Being said that it is hard to find some good Android launchers. The default launcher can be used for the initial period of time, but it gets boring and sulky with time. Android is open source in nature and that means hundreds and thousands of developers are working hard to make the platform more awesome.

Android Launchers redefine how we see and feel our smartphone, and it is always a good idea to use Android launchers. These launchers offer new themes, wallpapers, animations, font size and other tons of customization options that you should not miss.

Without wasting much time, let’s dive deep into the best Android launchers.

Nova Launcher is my personal favorite. It is sleek and comes with enough customization to keep you busy for a while. It is quite popular among the audience and already have more than 5+ million installs. The most impressive aspect of the Nova Launcher is has a rating of 4.7. Keeping a high rating with so many installs is an impressive feat.

The launcher offers tons of customization option, and if you are ambitious, you can check out their Nova Launcher Pro. 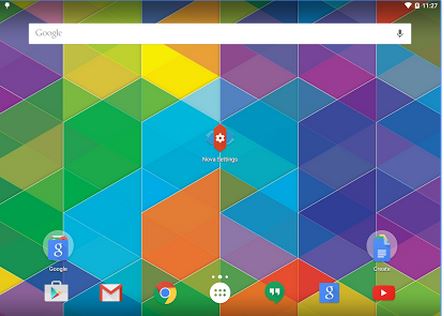 I used Hola for a 2 weeks and found it amazing. It has everything you need. It got amazing theme collection, great wallpapers, and great customization. With so many small details and great customization, it is been used by millions of users. Also, it is lightweight and doesn’t take up much space in the smartphone, keeping the RAM usage to a minimum. This makes it a great contender in smartphones that doesn’t take have much ram to play with.

Action Launcher 3 is what you should if you are looking to customize your Android according to the Windows start menu. It offers great themes and customization and you can easily customize it.

Buzz Launcher is making some buzz lately for its unique style of themes and other features that you can think off. The buzz launcher is one of the best professional looking themes launchers that enables you to use your smartphone differently. The themes are the game changes and the customization options are also top notch.

Next Launcher is one of the finest examples of 3D launchers. It is available for free and if you want to use 3D launcher, then this could be your best bet. Even though it is free, it does come with some limitation and offers great customization if you get the pro version.

Apex Launcher is one of the finest launchers in the market. It is established on the basis of Nova launcher and you will get tons of customization options for your smartphone. The free version offers quite extensive features, but if your fancier something better, you can try out the pro version, which is available for just $4.49. The Apex launcher also offers tons of 3rd party themes and you can use it to your advantage.

TechAltair is a technology based blog, aiming at learners and seekers of knowledge. The blog covers technology, learning, MOOC and anything realated to technology.

TechAltair was founderd by Nitish Singh in 2014. Since then, it has seen rapid growth. Come join us and be part of the growing community.