Visual Studio Code is the new player in the open source text editors for programming. It can also be categorized in IDE department, but it do lack features compared to the full-fledged Visual Studio 2015.

Visual Code Studio is out for a year now. The initial release didn’t see any support for extensions, but, this time, around there is extension support. So, what makes Visual Studio Code worth looking? We will find all of that today.

An Introduction to Visual Studio Code

With each passing day, developers are looking for tools that make their life easier. Visual Studio Code is a light-weight IDE aimed at a cross-platform audience. It will work on all the platforms including Windows, Mac, and Linux. For Microsoft and the community, it is a welcome step.

Visual Studio is aimed at developers who code for the web and the cloud. With Visual Studio Code, you can easily write code. On the design part, it is sleek and modern. The design reminds me of Atom Visual Editor that we reviewed in the past.

Unlike the Visual Studio 2015, the Visual Studio Code is stripped down version and doesn’t come with all the features. It is a welcome move for beginners who don’t want to download the community edition; worth GB’s just to write simple programs. Moreover, it is portable and works fine on different platforms.

Visual Studio code comes with support for tons of programming language. It is more like a text editor than a full-blown IDE environment. The latest version of VSC introduces support for extensions improving its usability.

Without any doubt, Visual Studio Code is aimed at new developers and also programmers who are looking for a switch to a new light and fast editor.

Visual Studio Code also supports a complete code-edit-debug cycle, a preferable approach to creating cross-platform development. If you are using ASP.NET, TypeScript, or Node.js, you will find the light IDE an excellent place to be. Clearly, it is a Microsoft product, and the languages mentioned above do get the benefits. The IDE also comes with the support of GIT so that you can easily version control your code.

Features. Without listing the features, you will probably not able to decide on to pick up the newest block on the grid. Without much delay, let’s get started with the main features of the Visual Studio Code.

Recently, I am writing a snake game in JavaScript to test out the features of Visual Studio Code. Lets’ dive deep into the different aspects of

Like the modern text editors, the design is intuitive, clean and modern. The light-weight IDE makes use of various schemes to make the design work towards user experience. For example, you can hide menu by pressing the “alt” key on the keyboard. It took me enough searching to know that the alt key works for unhiding the menu.

As I have used Sublime text in the past, the User interface looks the same or feels the same most of the time. So, if you are making a transition, you will not have much of an issue.

The skins are amazing. I loved how the colors popped up and made coding vibrant and joyful experience. 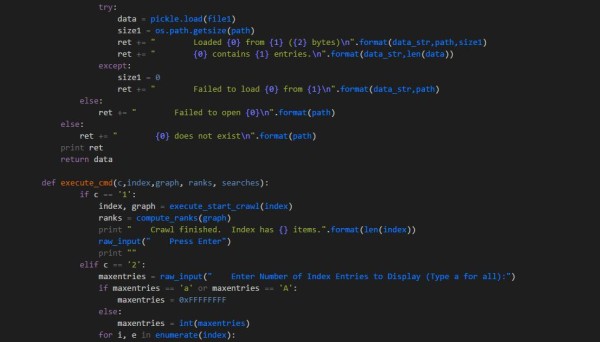 You can change the color scheme of the visual studio code by going to File > Preferences> Color Scheme.

As you can see from the image below, there are 14 color schemes currently available to the editor.

Another key element of the design is Split Editor.

It makes working on multiple files quickly. You can create as many split sections as you want. The upper limit would be the space is 3. The monitor size doesn’t matter. I have a dual monitor setup, and I would have loved an unlimited number of split windows.

Debug Console and console manager are also made available within the IDE.

The User interface is split into four components. Let’s examine them one by one.

The IDE comes with the support of Intellisense. If you have used the other IDE or editors, you already know what it means.  It is a smart functionality that aims to make your writing code easier. It guesses what you are going to type and enables fast code writing. Intellisense is available for major programming languages such as JavaScript, HTML, Python, CSS, etc. The IntelliSense is well done as it makes you write better code with less or no errors.

Documentation of Visual Code Studio is well done. They are wealthy and full of information. You can read the documentation by following the link.

One of the major features of Visual Studio Code is the support of Task Running. Task Running lets you automate many aspects of your development. It is widely used by the developers.

Git is a way of saving your progress in the best possible way. The good news is that Visual Studio Code also offers Git support. You can initialize a git repository in your project and work on the command line, committing your work almost from the IDE itself. Git helps developers or students to keep a tab on their work and revert whenever necessary. Sharing of code also becomes easy with this feature.

Even though, I was not able to adequately test the extensions, the support of expansion is a valuable step for the IDE. Currently, there are tons of extensions to choose from. Some of the few notable ones are JavaScript(ES6) code snippet, Git History, Cordova Tools, etc. The library of extensions is also improving with every passing day, making Visual Studio Code one of the best possible solution for your development.

You can add new languages, change themes, snippets, Linters, etc. All of this is a welcome move. The first few release of Visual Studio code didn’t include the support for the extensions.

You can check the list of all the extensions by following this link.

The software is available in all the three platforms. Visual Studio Code aim is to provide a light-weight solution to their development requirement. Currently, it supports all the three major OS, Windows, Linux, and OSX.

Visual Studio Code is an open source project. The open source nature means continuous development and improvement of the last version. You can follow all the updates by checking the link

I find it fascinating that new IDE or editors are still coming out on the market. We all know how Sublime provides an excellent option for developers. But, it doesn’t act as a mini IDE, it is an editor.

If you are looking of a mini IDE, which is portable, full of functionality and unique, you can easily go for Visual Studio Code. There is no bounding that you need Windows to use it. It is open source and portable. Constant upgrades are also made to the IDE, making it an excellent option for developers who are looking to switch to new IDE or looking for their first IDE selection.

With this, the review comes to an end. If you found the review useful, don’t forget to comment and share!

TechAltair is a technology based blog, aiming at learners and seekers of knowledge. The blog covers technology, learning, MOOC and anything realated to technology.

TechAltair was founderd by Nitish Singh in 2014. Since then, it has seen rapid growth. Come join us and be part of the growing community.